We work with staff who are seasoned, experienced,  in long-term personal recovery, possess the highest integrity, have undergone lengthy professional trainings, and share our values.

Ultimately, it is The Mews House team that makes our treatment centre what it is. Many of our team have been with us since Start2Stop was founded 2010. 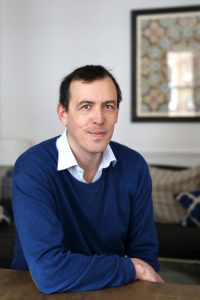 Cosmo is an addictions treatment specialist, chartered psychologist, doctor of psychology and Associate Fellow of the British Psychological Society. He has been helping people to recover from addiction since 2005.

Before founding Start2Stop in 2010, Cosmo had worked for some years in South Africa, where he was head of addictions treatment at a private hospital in Cape Town. He brings to Start2Stop a through-the-line wealth of experience in helping people suffering with addiction, being possibly the only person in the private sector to have run primary residential, secondary residential, tertiary residential, sober living and outpatient programmes. He has also worked for the NHS in London, in its specialist outpatient gambling clinic.

Having been initially educated at Eton College and Edinburgh University, he later received a 1st class undergraduate degree in Psychology, being awarded the ‘Bruner Prize’ by the Open University. Cosmo’s published doctoral thesis was on the subject of the ideological dilemmas of 12-Step recovery.

Cosmo has given talks on treating addiction at the British Psychological Society’s (BPS) annual conference and at Public Health England (PHE). In 2018, he was invited to give one of the opening talks at the iCAAD London international addictions treatment conference:  https://vimeo.com/282225633

More recently, he was a speaker at iCAAD Paris (2019), on the topic of ‘Recovery & Identity’. He is a co-author of ‘Recovery RSA’ (2011), a guidebook to recovery from addiction. 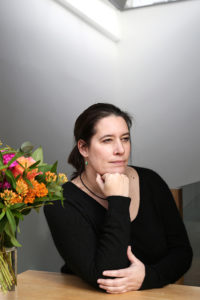 Trish has been involved with Start2Stop since 2010 and is the house manager of Mews House, the residential and day care arm of Start2Stop/The Mews House. She has held this position for five years. Trish also works as a counsellor and facilitates groups, as well as seeing clients on a one-to-one basis.

Before joining the team, Trish worked at ODAAT, an addictions treatment programme in South London. Prior to entering recovery for herself, Trish worked as a radio operator for the London Ambulance Service, as well as for the National Missing Persons Helpline. She also had spells as an estate agent and a pub landlady. Trish is trained as both a first aider and a fire marshal.

Trish is a trained level 5 sex addiction counsellor and is currently training for a level 5 Health and Social Care diploma.

Trish lives in South London and enjoys sports, cinema and reading, as well as being passionate about animals. She is an Accredited Drug and Alcohol Professional with FDAP.

George joined the Start2Stop team in 2013, where he has experience of working on both the outpatient and residential programmes. George is currently the senior Mews House counsellor. He is also a regular lecturer at a London college, where he teaches counselling skills.

George completed his diploma in therapeutic counselling in July 2015 and intends furthering his studies and specialising in behavioural addictions. He is a member of FDAP.

One of his many passions is jewellery and precious stones. He likes having bespoke jewellery pieces made to his specifications. He also enjoys singing and has taken part in a couple of charity singles.

George really enjoys being a member of the team and his warm and caring approach to life is much appreciated by both staff and patients. 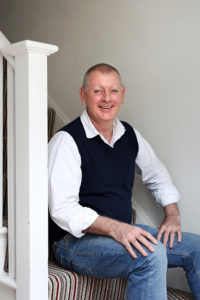 Following a successful and lengthy career in the music business, Dougie stepped into his own recovery process and retrained as an addictions treatment specialist. He worked as an addictions counsellor in Cape Town from 2010-17, across all levels of care. This included senior and consultancy roles at residential primary and secondary clinics, as well as at outpatient treatment facilities. Dougie also founded the very popular ‘Cape Town Recovery Film Festival’, which we are hoping he can continue to mastermind from his new base in London.

Dougie has a passion for literature, writing and the spoken word, and enjoys urban walking, vegetarian cooking and documentary films. 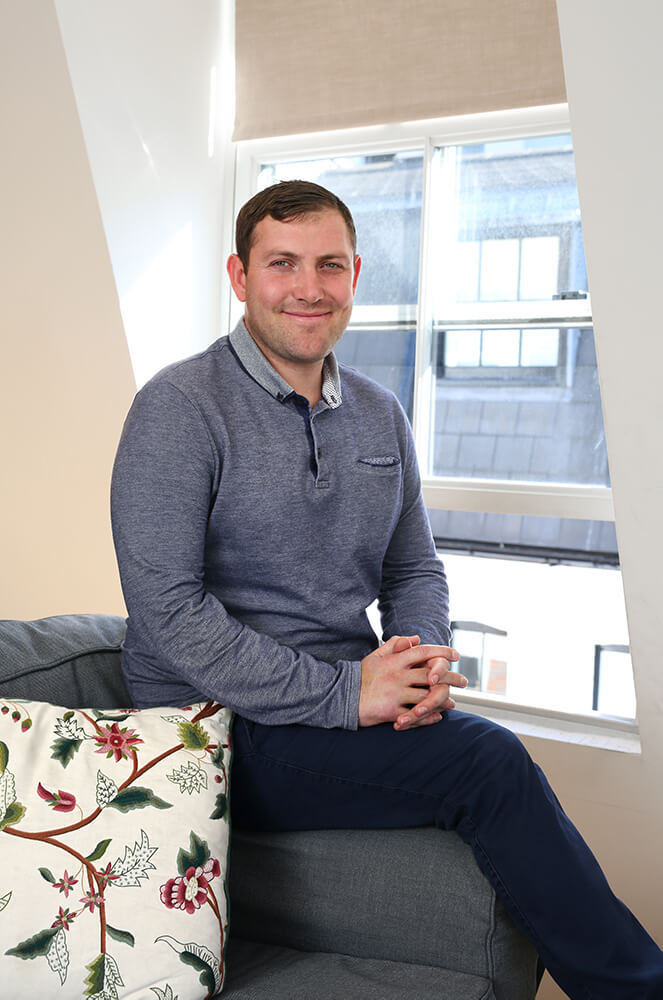 Daniel is a qualified integrated counsellor, certified group facilitator, and recovery coach with over five years of experience working in the field of addiction treatment. He did his integrated therapeutic counselling training at Richmond Adult College, which was an accumulation of psychodynamic, person centred, transactional analysis, gestalt and transpersonal therapy.

He has gone on to do various other pieces of additional training which have included transpersonal psychology, cognitive behaviour therapy, family systems theory, experiential, and attachment therapy, from a number of organisations including Clearmind International and The Bowlby Centre.

He possesses ten years of experience with the twelve steps, and has a particular passion for this process, and how it can transform peoples lives. Daniel is extremely passionate about the work he does and finds great joy and appreciation in seeing others recover from addiction. 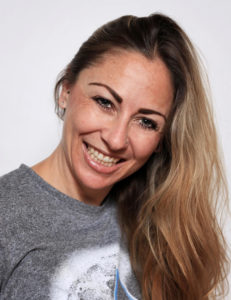 Originally from South Africa, Bea  came over to the UK in 1998 and worked in the NHS for a few years, until she had her children. When her boys were a bit older Bea decided to go back to studying and follow her passion for counselling.

She has a keen interest in equine assisted therapy and her goal is to one day open a residential trauma facility centred around working with horses. 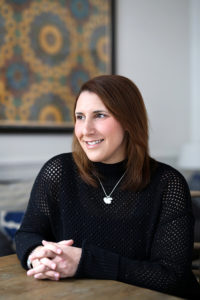 Jodie holds a Diploma in counselling and NVQ3 in health and social care. She also has a certificate in Cognitive Behavioural Therapy and is currently doing a Master Practitioner Diploma in working with eating disorders. She is an accredited member of BACP, an accredited member of FDAP and a BACP independent registered counsellor/ psychotherapist. Jodie has been with Start2Stop since 2012.

Jodie is married with three children. In her spare time, Jodie likes spending time with her family and friends and has an affinity for the gym and extreme sports like sky diving and snowboarding. 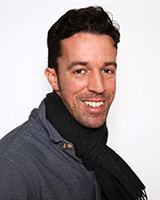 Educated at Harrow and Bristol University, where he studied Philosophy and Psychology, Josh spent the next decade in the music industry as a writer, producer and performer.

Returning to the psychology field, he spent two years training as an addictions and a systemic family counsellor, qualifying in late 2011. Josh has been part of the Start2Stop team since 2012; he is both an accredited Alcohol and Drugs Practitioner and is one of a relatively small number of accredited EMDR practitioners in the UK.

Josh currently runs experiential groups at Start2Stop as part of the Daycare programme.

Surfing is a passion, and Josh regularly travels the world in pursuit of the biggest waves. He also works in private practice, specialising in EMDR therapy for trauma. 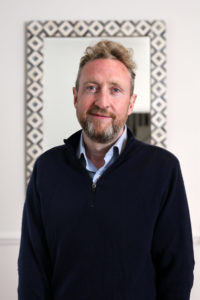 After over two decades spent in the hospitality industry, Richard found his way – via the Start2Stop Outpatient Programme – into recovery. He is familiar with the testing work environments which many clients have to face.

Richard is now a counsellor (PGCert FDAP) with a particular passion for 12-Step methodology. He is also a recovery coach with a robust understanding of the mechanics and psychology of addiction and is a proponent of Motivational Interviewing and metacognitive thinking strategies.

Richard works with clients 121, facilitates groups, runs workshops and is the face of most Saturday mornings at Start2Stop.

He lives in South London with his wife and two young children. 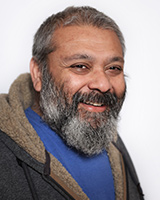 Now well into his second decade in recovery, Mark is an experienced and passionate counsellor, who has consulted for Start2Stop since 2010. He has years of experience and brings an enthusiasm for recovery that has been infectious for everyone involved with Start2Stop & the Mews House. Mark has a diploma in Level 5 Therapeutic Counselling and is a member of the BACP. Mark has a thriving private practice.

Away from counselling, Mark loves the outdoors life, has a passion for fishing and clay pigeon shooting, which he is happy to share with The Mews House residents. Mark also has a busy private practice. 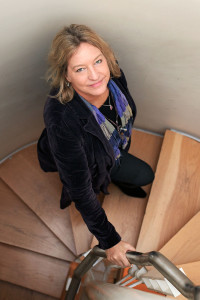 Coming from an Art School background, Fi worked in advertising as a Graphic Designer and subsequently as a Design Studio Manager for many years, both in London and New York, before deciding on a complete life change. She joined the charity sector to work as a Company Manager for Vauxhall City Farm working with disadvantaged children and adults and those with special needs. Whilst there she set up a Riding for the Disabled Project as well as several animal therapy, educational, and environmental programmes for local residents and schools.

From 2009 to 2015 Fi worked for a London Daycare programme gaining an invaluable insight in to the workings of a growing addiction treatment centre. She worked as a Project Manager on a diverse and challenging range of developments including the implementation of policy and best practice.

In 2015 Fi joined Start2Stop Ltd as a Practice Manager and “loves working alongside a dynamic and highly skilled team in a fast-paced, stimulating and challenging role: never a dull moment!” 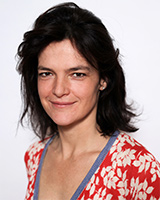 Educated at the Bartlett, UCL, where she took a degree in Architecture, and at postgraduate level at Central St Martin’s, Araminta started facilitating our art groups in 2010. She also facilitates art groups for a children’s charity in inner-city schools.

She believes that art touches one on a deep and emotional level, and feels that art therapy enriches the recovery process. Araminta is an award-winning environmental photographer, whose work has been exhibited in Europe, Africa and America, and in the National Portrait Gallery, London, as well as being featured in numerous magazines and books. She is married, with two children. 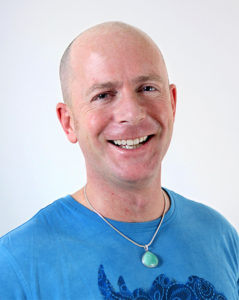 Tim has been teaching meditation at Start2Stop since 2010. His sessions are inspired by his daily programme of Transcendental Meditation and the Advanced TM Siddhi Programme. Tim is a qualified Senior Social Worker for disabled children, Reiki Master, and published author. He is devoted to studying the ancient spiritual practice of shamanism. Tim is a former tennis coach, having spent several years coaching in America. He has a passion for playing the African drums and lives by the sea with his family. 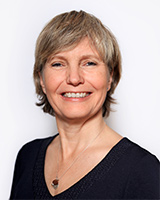 Nikki Slade is a leading pioneer in the field of chanting, core voice and sound work in the UK. Nikki has inspired thousands of individuals to chant and has led chanting workshops for many corporations including M&C Saatchi, Deutcshe Bank and Cisco. She has also taken her cutting edge approach to working with the voice into Wandsworth men’s prison and she is the resident voice facilitator at the Priory hospital in North London where she has impacted the recovery of hundreds of addicts over the past 13 years.

Nikki has recorded four highly popular chanting Cd’s: Nectarine, Monsoon, Soundscape and her latest double album Epiphany. She is the resident Kirtan (Chanting) leader at Triyoga in London and has travelled the world with her work to places including California, Singapore, NYC, Europe and Melbourne, Australia. She led a chant for over 2000 people at the 11.11.11 Mind, Body, Spirit show and at the 12.12.12 Oneness ceremony in London.

of Start2Stop alumni surveyed strongly agreed or agreed to the statement that treatment had met their expectations.

If you are a professional and would like to refer a patient or client to Start2Stop, click the link below for more information.